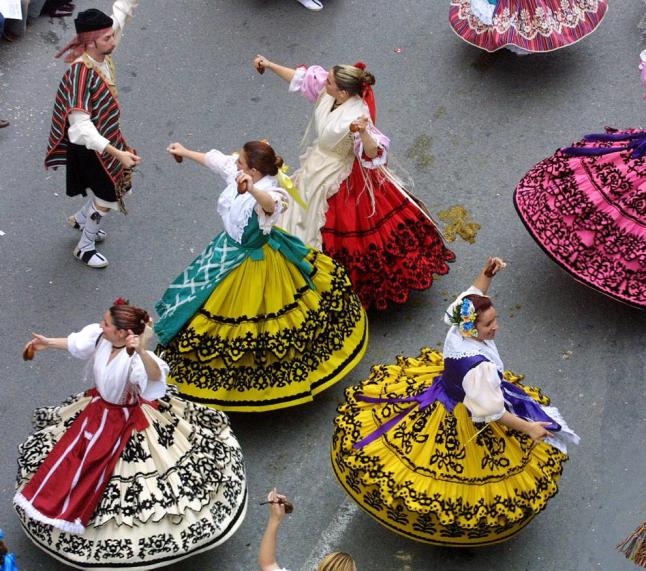 The Festival starts, so get ready. Spring is in the air, and Murcian people know it, so just after the Holy Week finishes, we do not waste our time and celebrate the biggest festivity of the capital.
Coming to Murcia and participating in the Fiestas de Primavera (Spring Festival) is the best way of giving free rein to all the energy accumulated during winter and which is now gushing.
If you do not know yet too much about how it works, you will have a whole week in order to discover it; to experience the best of Murcia and its inhabitants and, especially, to have fun as never before.
If you have answered in the Bando de la Huerta (a procession where thousands of people dressed in typical orchard costumes, parade and dance their way through the streets), you know what suits you best. The day of the Bando de la Huerta is one of the greatest days in the Fiestas de Primavera and an unforgettable experience for travellers. "I had never seen anything like this", it is usually said while people get over the surprise.
https://youtu.be/bxYyaga78cc
It is sure you do not know any other city which stops its normal activity to bury a sardine, do you? In Murcia it happens. Main streets are blocked by charanga bands and troupes that go out after Lent so as to bid farewell to this humble fish. This event is known as the Entierro de la Sardina (Burial of the Sardine).
It is a pagan festival, of mythology and fire, which lasts several days and ends with a huge parade which makes Murcia be topsy-turvy.Whistles, music, sparklers and gifts characterise days with much more fantasy than carnival itself.
COME AND JOIN US, WE ARE WAITING FOR YOU.......